Last week bit.ly, the leading URL Shortening service, announced that they now include QR codes when generating a shortened URL.

Although goo.gl has been generating QR codes since April (as tweeted by Matt Cutts), bit.ly have rolled this out less than a month since goo.gl has been made available to the public.

QR codes are now becoming more and more useful, especially with the massive increase of mobile web searching in the past year. Google's Mobile Search overtook Bing's PPC clicks in Q3 of 2010, which means that smartphones are now being targeted more than ever for advertisers with multi-channel strategies.

How Do I find the QR Code?

It simple! Let's use a bit.ly and goo.gl URL both pointing to my own homepage: 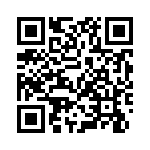 Using the QR code is just as easy. For bit.ly, append .qrcode to the URL and for goo.gl append .qr as illustrated in the images to the left.

These URLs can then be used as an image which you can then insert directly into your site!

Appending .qrcode to the end of the bit.ly URL may seem like it's using more characters, so why aren't they using .qr? Well, they are, and they're using it intentionally to annoy the folks at Google. Take a look at the image below to see what I mean:

bit.ly is about to eat goo.gl's balls

Tip: You can append + to the shortened URL to view statistics on the link (e.g. http://bit.ly/bGFlXA+ and http://goo.gl/SMp3+)