WordPress 3.9 “Smith” – New Features and What To Look For

WordPress 3.9 was released on 16th April 2014. Read more about features introduced and updated in 3.9 including a TinyMCE upgrade and audio/video playlists.
April 17, 2014 Posted by firecask 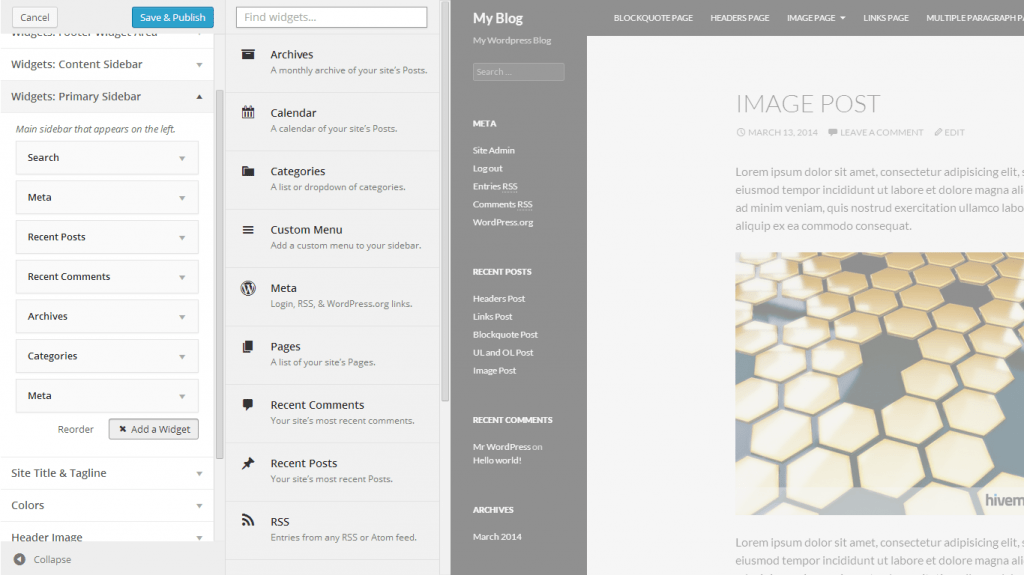 WordPress in the last few releases has seen constant improvements to the "Customise" section, which is located under Appearance. This is fast becoming the area to improve front end design, as changes that are made here are previewed in the right panel. This is incredibly handy as you can check to see how your theme looks with added widgets and content.

I quite like this new feature, and can possibly see it replace the current widget screen. Only time will tell though, but WordPress appears to be pushing hard the Customise section, so it'll be interesting to see if it is featured more prominently.

I think somewhere down the road too you're going to get pure front end design and customisations. This seems like a step towards it.

If you're a theme author, you probably should be moving your options panel to the "Customise" section of the site eventually. There's an API surrounding it which could be a start in switching to the Customiser. 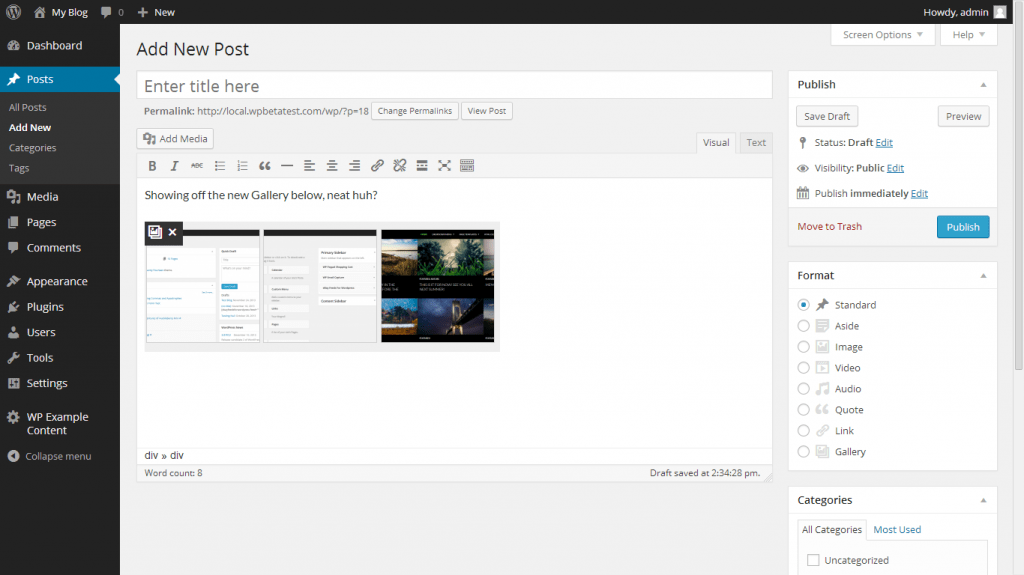 The potentially biggest change so far has been that the visual editor that runs WordPress' post/page editor (TinyMCE), has been upgraded to version 4.0.

TinyMCE 4.0 does add on some nice new features. You can upload images directly to the editor if need be, and the new Gallery Layout - seen in the picture above - is quite nice. Finally, copying and pasting from software such as Microsoft Word becomes a lot cleaner and the "Paste From Word" button has been removed.

It is a much needed upgrade, and very welcome. However be aware there could be some small plugin issues, but nothing that isn't a security issue or a bug that affects your site being used correctly - but some buttons may be lacking icons until the authors get them fixed (it's something I've been looking at myself). 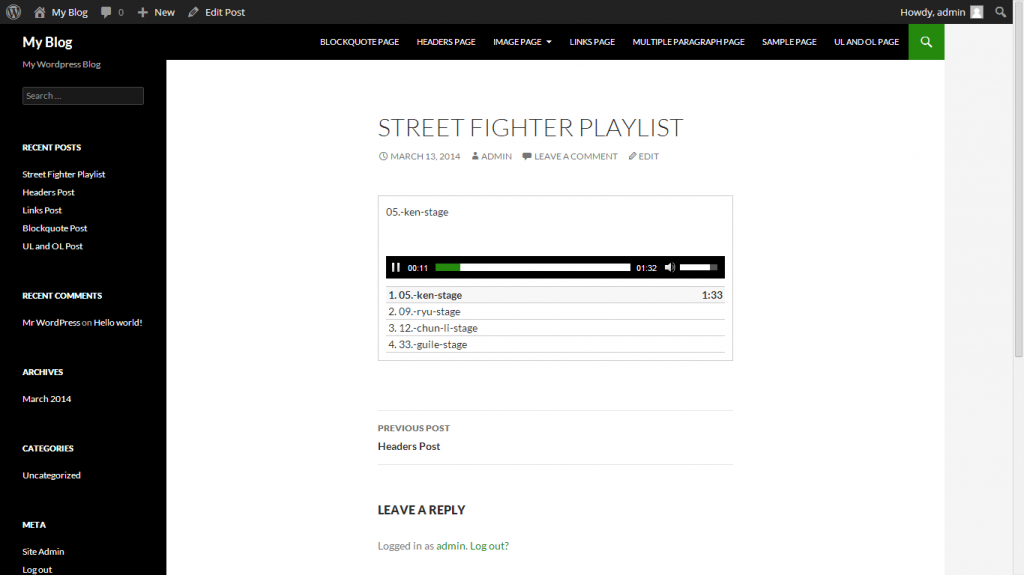 Creation of an Audio/Video Playlist

This feature is quite exciting.

If you are a podcaster, musican or video site, you can now create playlists of audio or video that you upload. Playlists can contain any number of files, which are then played in a clean user interface on the front end of the website.

Genuinely think this is a fascinatingly useful feature, and one that should be well received by the community, particularly as WordPress users seems to be publishing more and more rich content. This feature along with strong rich media hosting should see more and more WordPress users hosting their content natively, rather than on systems such as Youtube or Grooveshark. WordPress believes that people should own the content they create so it's nice that they're continuing to put their money where there mouth is.

The Final - And Coolest - Thing On WordPress 3.9

The final thing with WordPress 3.9 which is cool to only me and a few others, is that I contributed to it. Yes if you click on the "Credits" screen after installing 3.9, you should see my name present. This is the first release I have contributed to, so for a line or two of my code in the release is quite humbling, yet quite nice.

A big thank you to WP Contributor Day in Manchester, who helped me get up & running on how to contribute, as well as provide support. If you ever want to contribute to WordPress, or indeed improve your skills, then I would highly recommend attending a WordPress Contributor Day. They are usually held after WordCamps, but now they are slowly becoming independant.

So that's the new features of WordPress 3.9, what are your favourite new features? Please leave your thoughts in the comments.